So sorry to have been MIA for the last few weeks, there has been a lot going on and I will be telling about it soon.  Today, I’m going to show my planner spread for this week.  Now, I had said before that I was going to show my planner spread each week, but had not been doing so mostly because getting the picture before I start writing in it has been something that I have forgotten to do.   So without further ado here is the spread.  It’s April so I wanted to flower it up (even if we had snow on Saturday after having sun and 60 degrees on Friday). 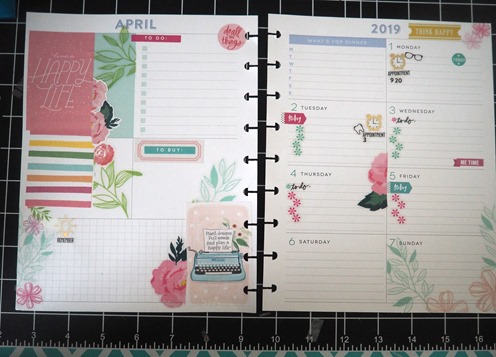 I’ll hope to have something more later this week.  Until then, have a great week.